Quality Group has pledged from its beginning to have a positive impact on our society through its business and has made corporate social responsibility one of its most important priorities.

For that, Quality Group and partners Newman Holdings, used the plot of the upcoming KITION site as a temporary parking space for the Christmas and New Year's festivities, in order to collect money and then donating to the Larnaca Social Grocery for aiding their efforts.

With the slogan "Park Here & Support the Local Community" the temporary parking managed to gather €4.400 for a period of 30 days, an amount that was delivered to the head of the Larnaca Social Grocery Mr Kokos Gerasimou and Ms Andri Andreou, the president of the Social Welfare Commission of Larnaca, on Monday the 29th of January 2018.

The story of the Social Grocery in Larnaca started 6 years ago when Mr Gerasimou who had worked for years in the health industry in the UK, spotted the need to create a non-governmental organisation for supporting the local community of Larnaca with their daily basic needs, mostly food and groceries. 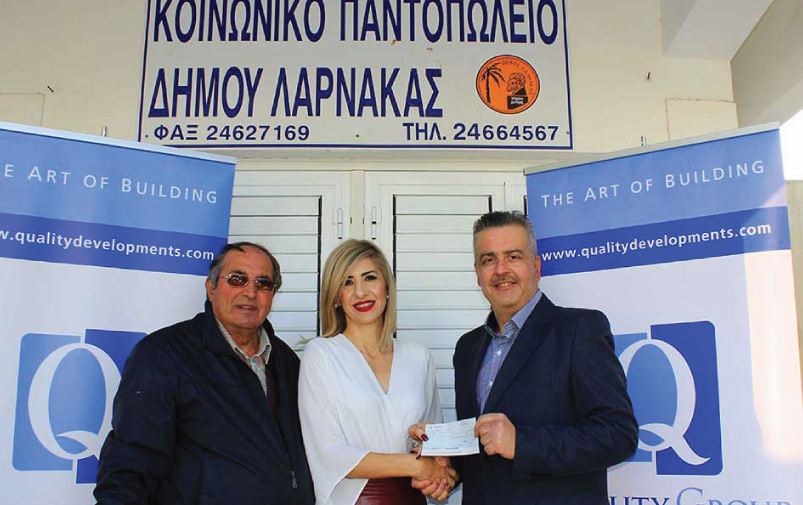 Quality Group will continue to pursue the act of giving back to the community, as the company makes every effort to keep addressing social issues with the hope that others will follow such initiatives, thus more people can cover their basic needs and live in dignity.