Following the country's miraculous recovery from the past few years, the real estate sector in Cyprus is booming. Various commercial and residential investments keep pouring in, for new and existing projects, while sales activities are on a continuous growth.

The economy of Cyprus heavily depends on the real estate sector, which contributed 14% to the country’s Gross Value Added (GVA) in 2017. It’s a fact that the island has one of the highest home ownership rates in Europe, while there is also a strong interest from the overseas market with regards to holiday and second homes.

The confidence level in the island's real estate sector has been steadily rising, with 2016 and 2017 showing strong market performances, which also continued straight through 2018.

This ongoing rise mirrors the positive developments in the economy of Cyprus, as well as the improvement of economic performance indicators, such as the growth in GDP of 3.4% in 2017.

The numbers for the first half of 2018 in relation to high-end residential units show an 8% increase in comparison to the respective period of 2017.

Numbers for the first half of 2018 show a sustainable rise, solidifying the fact that the real estate sector is one of the main pillars of the Cypriot economy. The transaction volume in sale contracts has increased to 24% across the island, while 70% of properties are purchased by foreigners (non-EU buyers).

There has been a real estate price evolution in residential and commercial property, with 5% growth in residential, 2% growth in retail and 12% in office units; justifying the reason behind the rapid commercial development in general. This growth complements the circular issued by the Central Bank in June 2018, stating that all businesses need to have a physical presence (offices) in Cyprus in order for them to open new bank accounts and the continuing of existing corporate accounts (source: PWC - Cyprus Real Estate Market, First Half in Review, H1 2018). 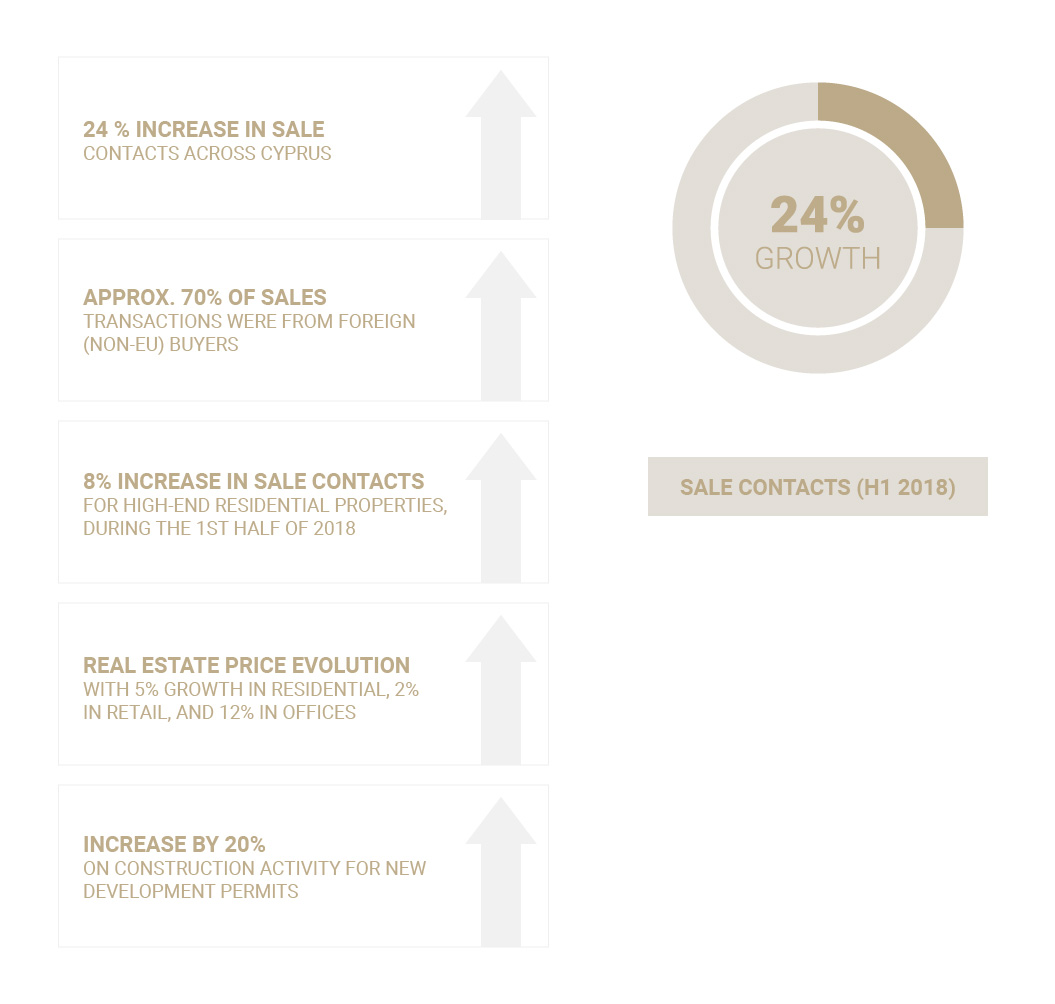